I don’t read many scripts.

Just after I typed that, I looked to the skies, hoping that the Scriptwriting Gods don’t zap me. Apparently, I’m breaking a cardinal rule of aspiring screenwriters everywhere. (Rule #1: Watch ALL the movies. Rule #2: Read ALL the scripts…)

Quite frankly, I think it’s a waste of time. The public complains about folks in LA constantly churning out the same old thing. Is it any wonder, though, when insiders preach that writers should get into the industry by following a uniform set of practices?

Mind you, I’m not a complete rebel. Over the past while, I’ve glanced at a few screenplays. And there’s something that I’ve noticed.

It seems that there’s a pattern relating to Hollywood’s diversity–or lack thereof. From what I’ve seen, unless a writer specifies that a character is a person of color, chances are, he or she won’t be depicted as such. Hence, the racial default for a character in a North American movie is white. Casting directors and producers also have a hand in what a character ultimately looks like. What concerns me, though, is the fact that they have blinders on when it comes to people of colour.

Time and again I’ve wondered if any of them actually know any of us. As actual human beings, and not merely cheap tropes.

I think that it’s more than accurate for me to assume that those in charge of casting have ludicrous notions regarding what non-white actors are capable of. All of this adds up to a situation that is unfair—not only to actors, but the movie-going public.

Now, for many of you, I’m yammering on about something obvious. However, the fact that casting a Black/Latino/Native/Asian person as the girl or boy next door doesn’t occur to much of Hollywood infuriates me. And it made me think. The trends involving how minority characters are written are disturbing.

Consider this past round of Oscars. The following meme struck me when I first saw it 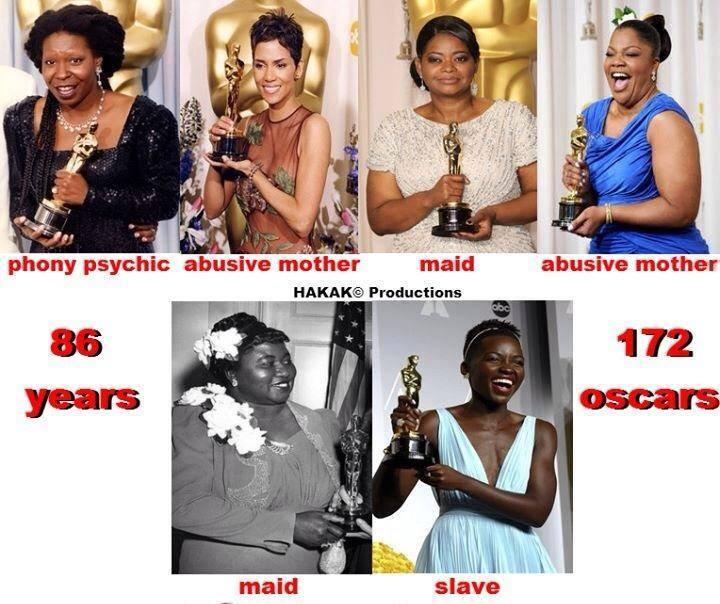 Don’t get me wrong. I will be eternally thankful to Steve McQueen and The Powers That Be for sharing The Goddess Otherwise Known As Lupita with the world. But I want something more. The silver screen rarely reflects reality, especially when it comes to people of color. We are more than sidekicks or members of the subjugated class. We own bars, we drive cars, we struggle, we thrive, we live lives.

Someone on Twitter shared the following statement. I don’t know who originally wrote it, but I could shout it from the mountaintops. 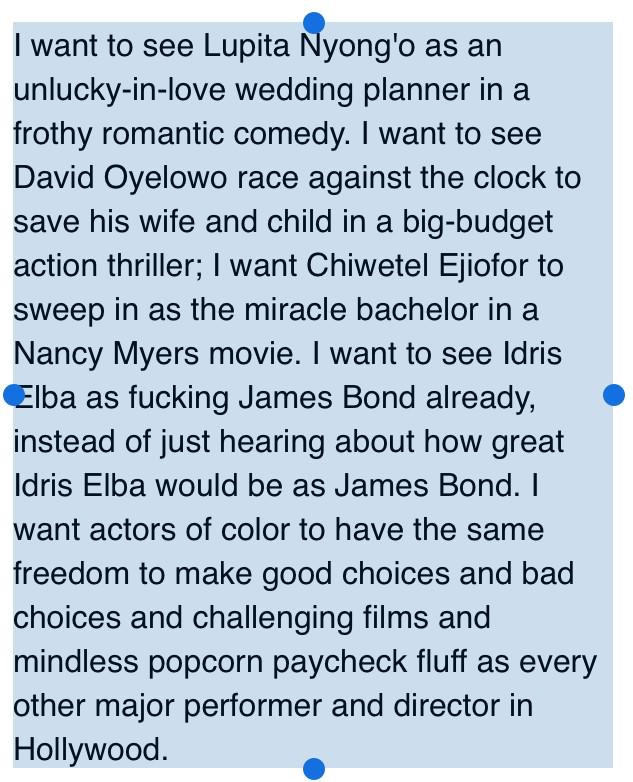 While TV shows are catching up, in terms of reflecting humanity, I think that movies are light years behind.

And I know how things work. I realize that the films that are coming out over the next couple of years have already been cast. Hell, most have already been made. (In saying that, I’m not trying to make excuses for those who make films. I think that anyone with a basic knowledge of the industry will understand that I’m being realistic.)

Yet going forward surely something can be done. God knows, we’re worth it.

One thought on “Defaults and Diversity”