Earlier this week I “liked” what I thought was merely a Facebook page for Nuit Blanche. The next thing I know,one of my classmates invited me to hang out with her.

I didn’t realize that I’d given the thumbs up to something called Forever Friday. When we arrived I had no idea about the lineup. But it was a wonderful event. 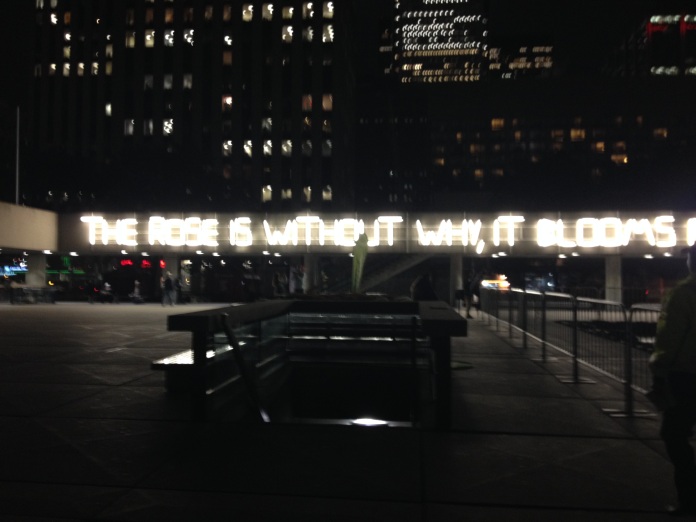 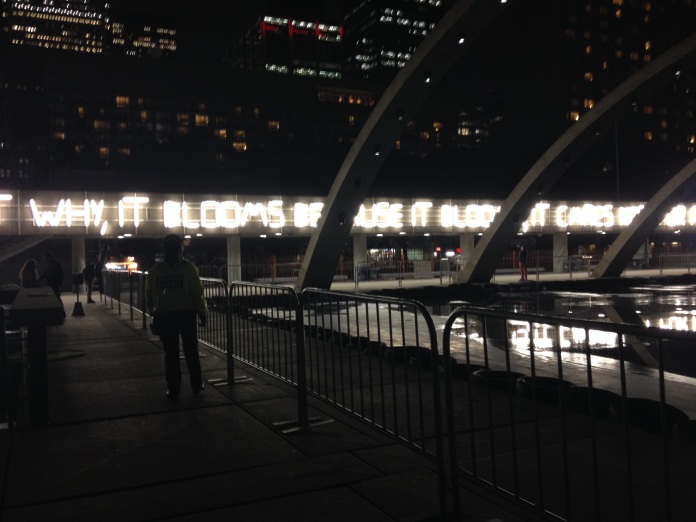 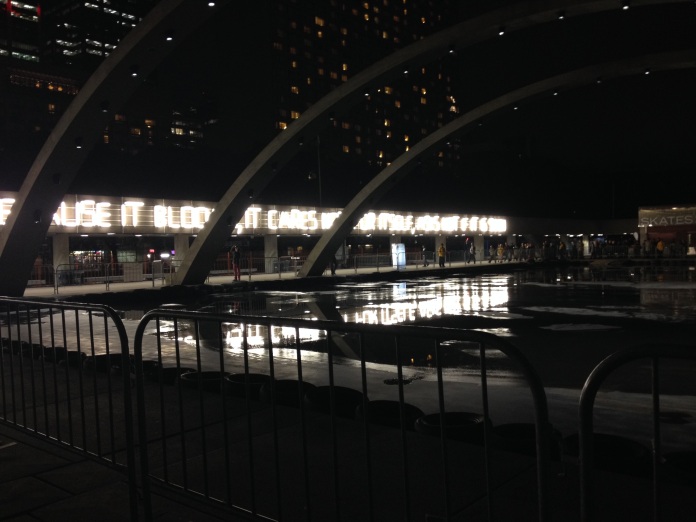 “The rose is without why, it blooms because it blooms, it cares not for itself, asks not if it is seen.” – Boris Achour 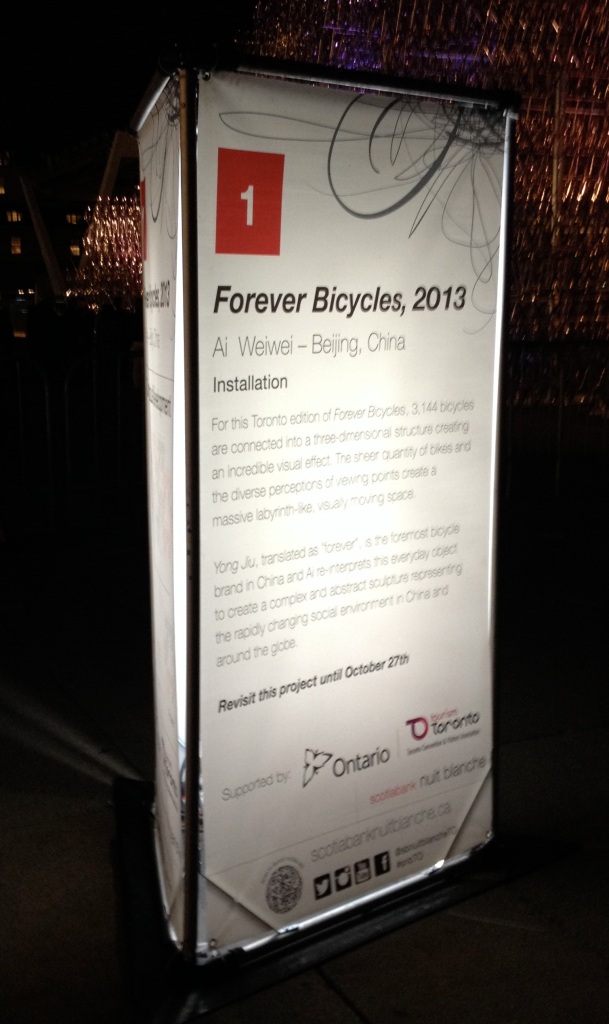 When art and activism come together, it’s the best of both worlds. Friday night’s focus was on Chinese artist Ai Weiwei. Light was also shone on the plight of Tarek and John–two Canadians who are finally coming home after being detained in Egypt.

Indoors, there was a concert and presentation. George Stroumboulopoulos hosted. Roger Petersen, Wei Lee, and others spoke.

The music was mesmerizing. Here’s a snippet from a performance by LAL. If you can’t feel it, TURN IT UP!!:

Whitehorse also took the stage. I shot some video of their performance, but it was only a few seconds long. This photo doesn’t do them justice.

In the midst of everything, there was also a trio from a band called The Samba Punks. And Gene Pendon created a painting of Ai Weiwei right before our eyes. 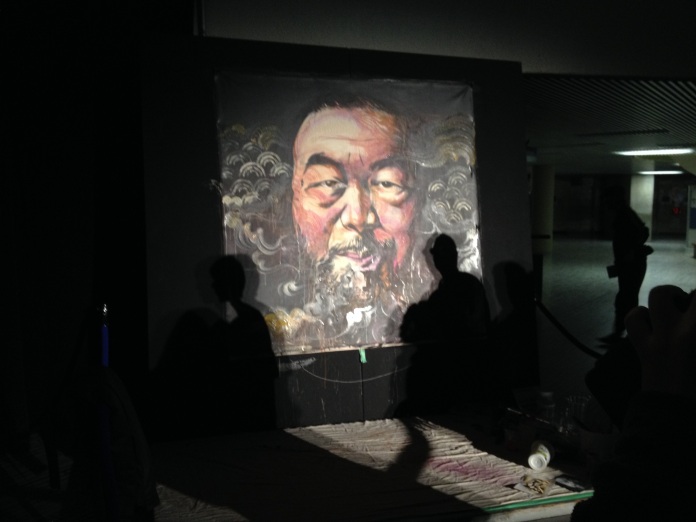 The evening ended with k-os DJing.

Once again, I owe Friday night to one of my new friends. She gave me some great insight into Ai Weiwei and his work. In hindsight, I wish you could’ve been there to see and hear what I did. There’s so much that I know I’m not saying…But by the end of the night, my heart was so full, it was ridiculous. In the presence of live music, something truly wonderful comes over me. Friday night was no exception. And knowing that the event took place to shine a light on others was even better!

As an aside, I found myself overcome with thoughts about what I want to do with my media-minded self. I want to take my talent and DO GOOD. I need to. It’s the only way I’m going to have any peace in this world.