Let’s talk about exercise and technology.

Do you use any apps when you work out?

My phone already had Nike+ iPod preloaded on it. But as popular as the Nike name is, their software and I got into one too many fights. (In short, it refused to sync some of my runs.) Furthermore, I was fed up. I found their insistence on using their chip to track me a little unnerving.

What if my next pair of shoes aren’t Nikes? How would I record my runs?

(I knew I could by a device like this to hold Nike’s chip. But I didn’t feel like getting one.)

Not only is it a free app, but it records my workouts via GPS. Which means I can wear any shoes that I like.

It also keeps track of things such as my pace and distance.

Since I first began using RunKeeper, they have made improvements. Recently, they launched a set of free training programs. These include useful features such as pre-programmed intervals.

Thus far, I have only two complaints.

Firstly, RunKeeper automatically pauses its recording when you aren’t moving. Say, if you stop to re-tie a shoe. However lately the “pausing workout” prompt has been going off without warning–while I’m still jogging.

You can also listen to music while you run. Yet users should know that the software will only accept your music if it’s a part of a playlist. If I want to listen to a particular artist or a podcast, I have to go outside of RunKeeper into my Music app.

Now, this may not sound like a problem. But in RunKeeper when you play music, it pauses the music so that its audio cues can remind you of things such as your speed. Outside of RunKeeper, the app’s voice and your music will overlap. I found this out the hard way one day when I tried to listen to an episode of This American Life.

In hindsight I realized that there’s a way to work around this problem. I should have turned off the prompts or changed their frequency.

Ah well. You live, you learn!

Overall, though, RunKeeper’s a useful program. I figure over six million users can’t be wrong.*

*I was looking for statistics on RunKeeper’s users. I found that information here.

But Monday, Wednesday, and Friday were last week’s RUNdays.

Wednesday I went out the latest. 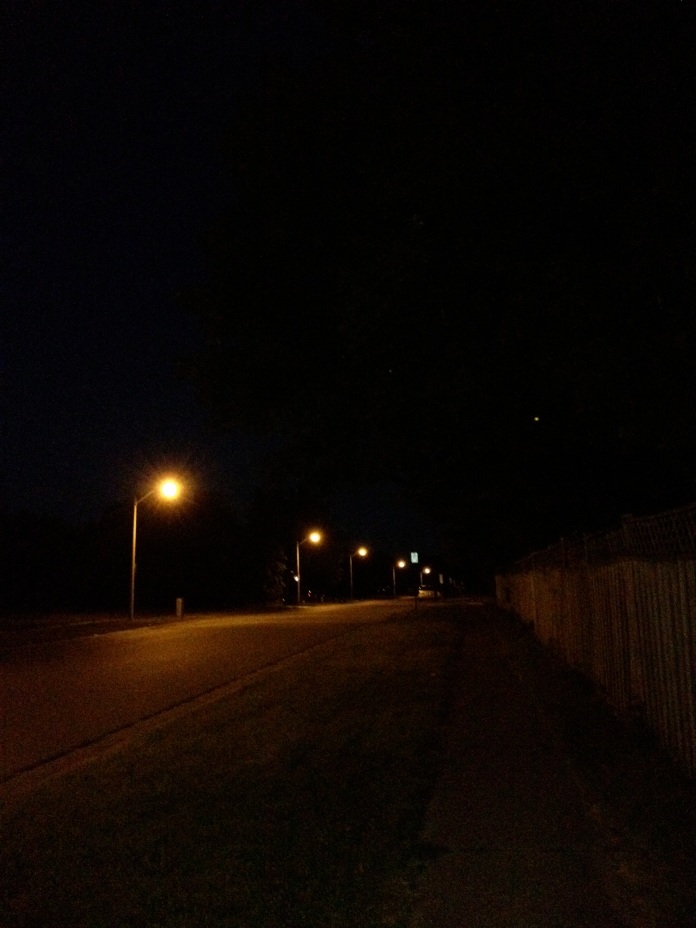 It was nowhere near midnight. But it was awfully close to my bedtime.

On my walk back home, I felt like a zombie. An exhausted, sweaty zombie.

Delayed onset muscle soreness (DOMS) has been a problem. I’ve been looking up tips on how to handle it. I keep thinking about what I should do with my body after I run, and what sort of supplements I ought to take. I figure it can only get better.

Right now my post-workout routine consists of showering and laying down to die.

Although I hate to admit it, I haven’t done much exercise since my last running post.

Today was a different story. 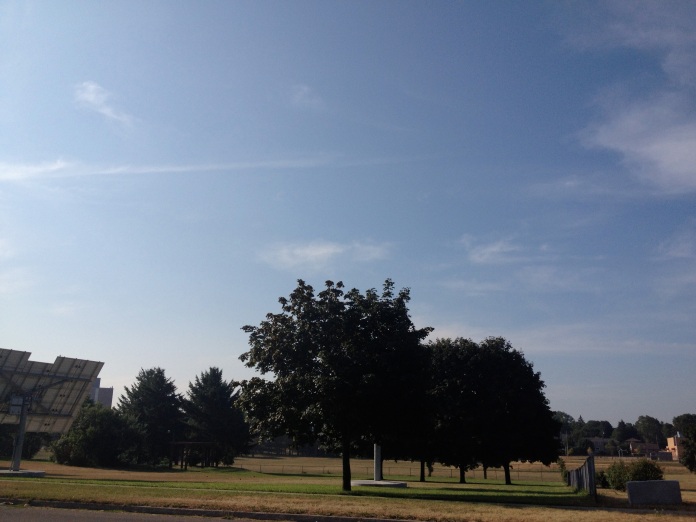 It was gorgeous out.

I’ve taken myself back to Week 7 of the C25K program. I figure it’ll be good for me to get my bearings again before I go any further. Or farther.

Mind you, I don’t know if it was the heat, or the fact that I’d skipped some runs. But I had to pause for a break at least twice on my route.

I’m casually hunting for sun protection. What I have is fine for now. But I really would like something that melts into brown complexions–and stays there.

I did my best to work my sunscreen into my skin before I left. But the more I sweated, the more it popped back out of my pores.

And it’s a sports formula, too. I thought it would’ve known better. 😉

And man, I rocked it today.

I didn’t run at all last week. I’m still working my way through C25K. And even though I didn’t go on Monday, Wednesday and today I hit the road. 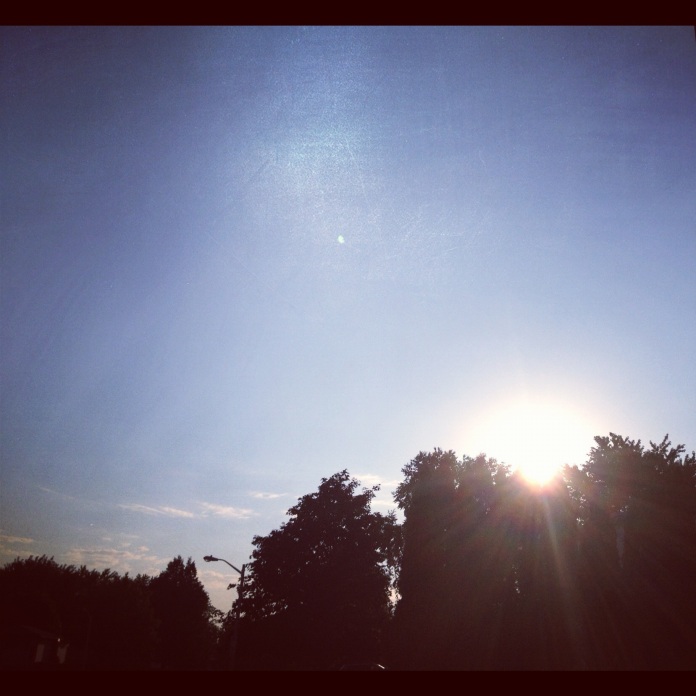 It was just after 7. I keep fantasizing about going around 5 o’clock. But I think that’ll come.

And at the end it was worth it. 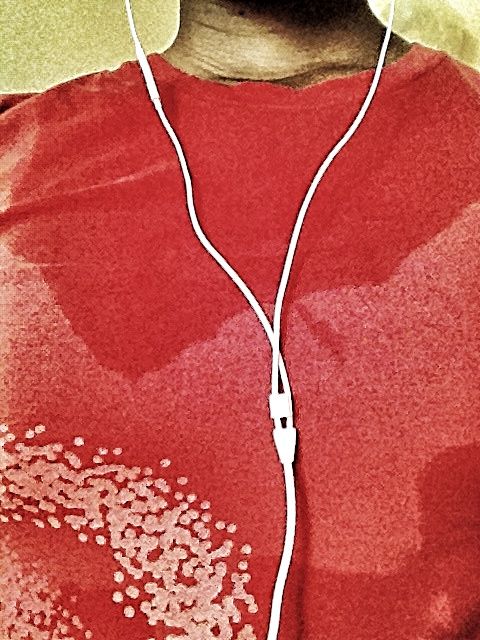 I enjoy a good sweat.  Even though I’m still under 5K, I know I worked hard.